The REFHYNE project is at the forefront of the effort to supply Clean Refinery Hydrogen for Europe. The project is funded by the European Commission’s Fuel Cells and Hydrogen Joint Undertaking (FCH JU) and will install and operate the world’s largest hydrogen electrolyser the Shell Rhineland Refinery in Wesseling, Germany.

The PEM electrolyser, built by ITM Power, will be the largest of its kind to be deployed on a large industrial scale. The REFHYNE project will investigate feasibility for introduction in other industry plants, as well as potentially being a step towards the future of refining  and determine the possible technical, economic & environmental benefits of the technology.

The plant will be operated by Shell and manufactured by ITM Power. The electrolyser has a peak capacity of 10 MW (megawatts) and will be able to produce approximately 1,300 tonnes of hydrogen per year, replacing a quantity of hydrogen produced by SMR (steam methane reforming), contributing the Europe’s industrial decarbonisation efforts.

The REFHYNE project began in January 2018 and will run for 5 years to December 2022. 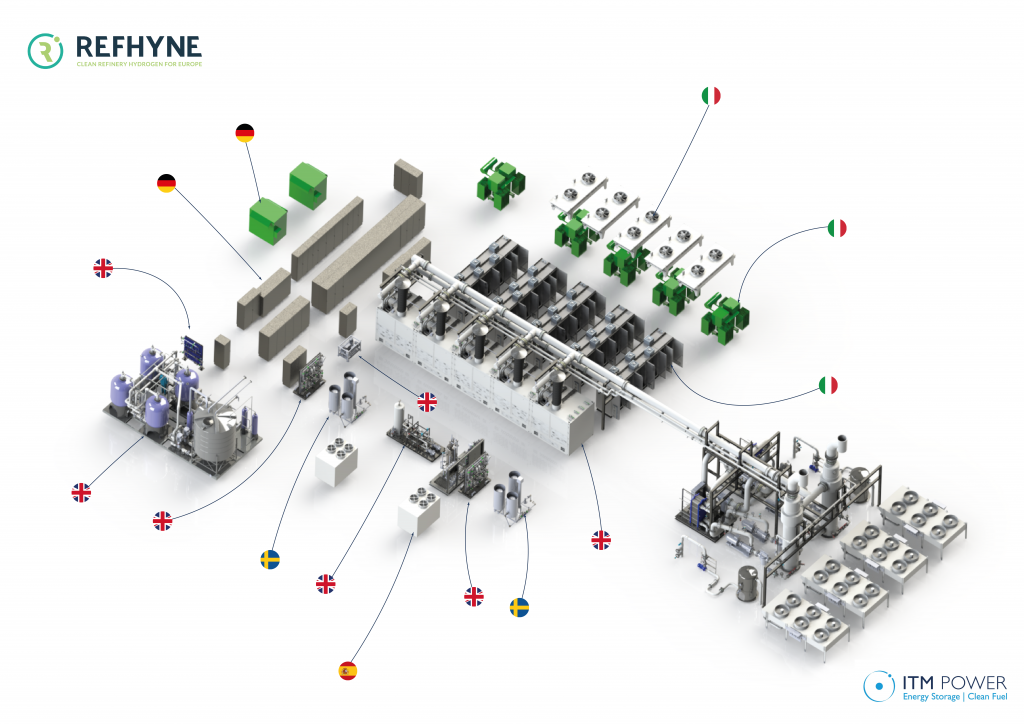 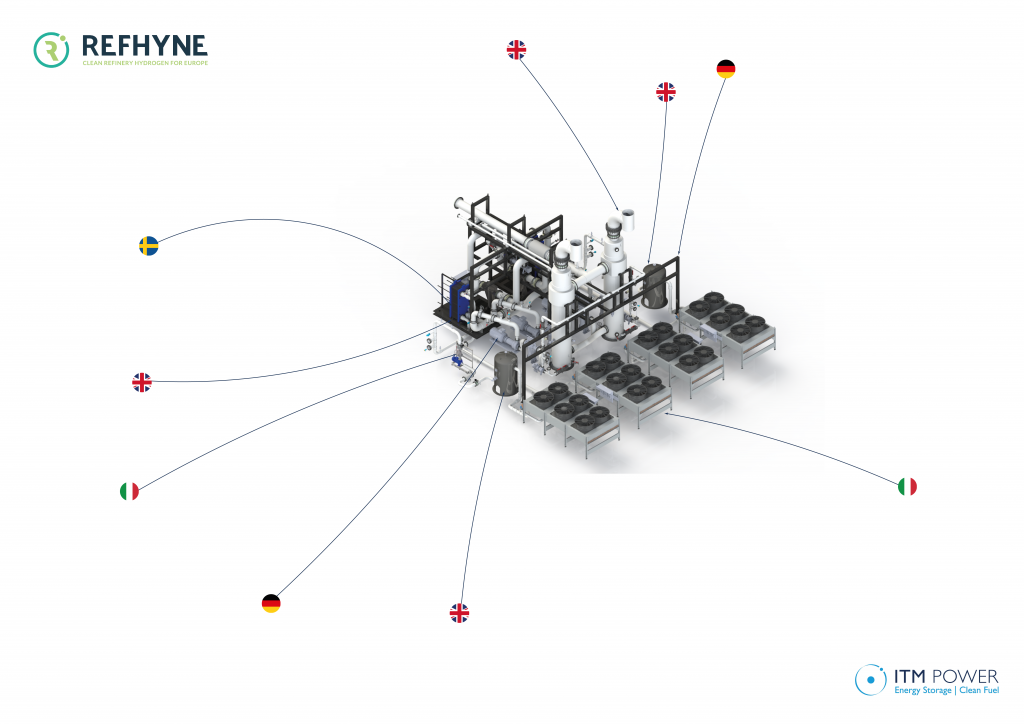 REFHYNE is a truly pan-European project, with partners and parts sourced from all over Europe.

The design of the 10MW electrolyser has been finalised and construction is underway both at the Wesseling refinery site and the ITM Power factory.